Gauchitas is a brand of handmade fries made in Balcarce, province of Buenos Aires.

In February of this year Juanchi Rosenthal, along with his partners Manuel Cabrales and Diego Sola Prats approached us to pose a challenge.

“Gauchitas was 3 years old when we called Grupo Berro. From the very beginning we were aware that our packaging had problems. While trying to convey some attributes of the brand, it was not effective in the shelf and did not draw attention to consumers. The message was not clear and was confused with yerba mate ”.

“We are a very small company, with limited resources. We would never have targeted a design company such as Grupo Berro, because we thought it was beyond our possibilities. But through one of our partners we had a very close contact with them so we proposed our crazy proposal. We presented Gonzalo Berro our problem, and our reality in terms of resources … To our surprise, we met a study that was far from being inaccessible. Quite the contrary, Grupo Berro was the only design company that had the greatest flexibility and adaptation to be able to move forward and close a convenient agreement, even sharing part of the risk of our own business”. Juanchi Rosenthal, founding partner of Gauchitas.

Together with the client we define a different agreement. An agreement where the fee of Grupo Berro would be given according to the results of the work.

The design should be finished in less than a month. With our experience in branding we quickly understood the problem, as well as the brand identity that Gauchitas needed for this new stage. We set to work immediately to meet the challenge.

“The final result is exactly what we were looking for and what we had dreamed of the day we knocked on the door of Grupo Berro… They solved in an innovative way the graphics use for the typical Argentine ‘poncho’ patterns, which allows an infinite versatility of flavors and alternatives, also contributing to the Argentine and rural identity of the brand ”. Juanchi Rosenthal

The new design clearly stands out in the shelf, with a white background that cuts the universe overloaded with colors, unbound versus competition.

We add a gold seal while maintaining the mention of Balcarce, the best potato production area, along with an illustration of a horse-mounted gaucho girl with ‘voleadoras’ also in gold, which contributes to the premium segment, and also adds value to the rural identity.

“Finally I can say that when we made the decision to change the design, we had prepared to receive complaints from our clients, who perhaps had become fond of the old design. But today, after more than a month after the launch of the new design, we not only received not a single criticism but many very positive comments.” Juanchi Rosenthal

Today Gauchitas is presented with an innovative and attractive design, inviting the consumer to test the quality of the fries offered by the brand. 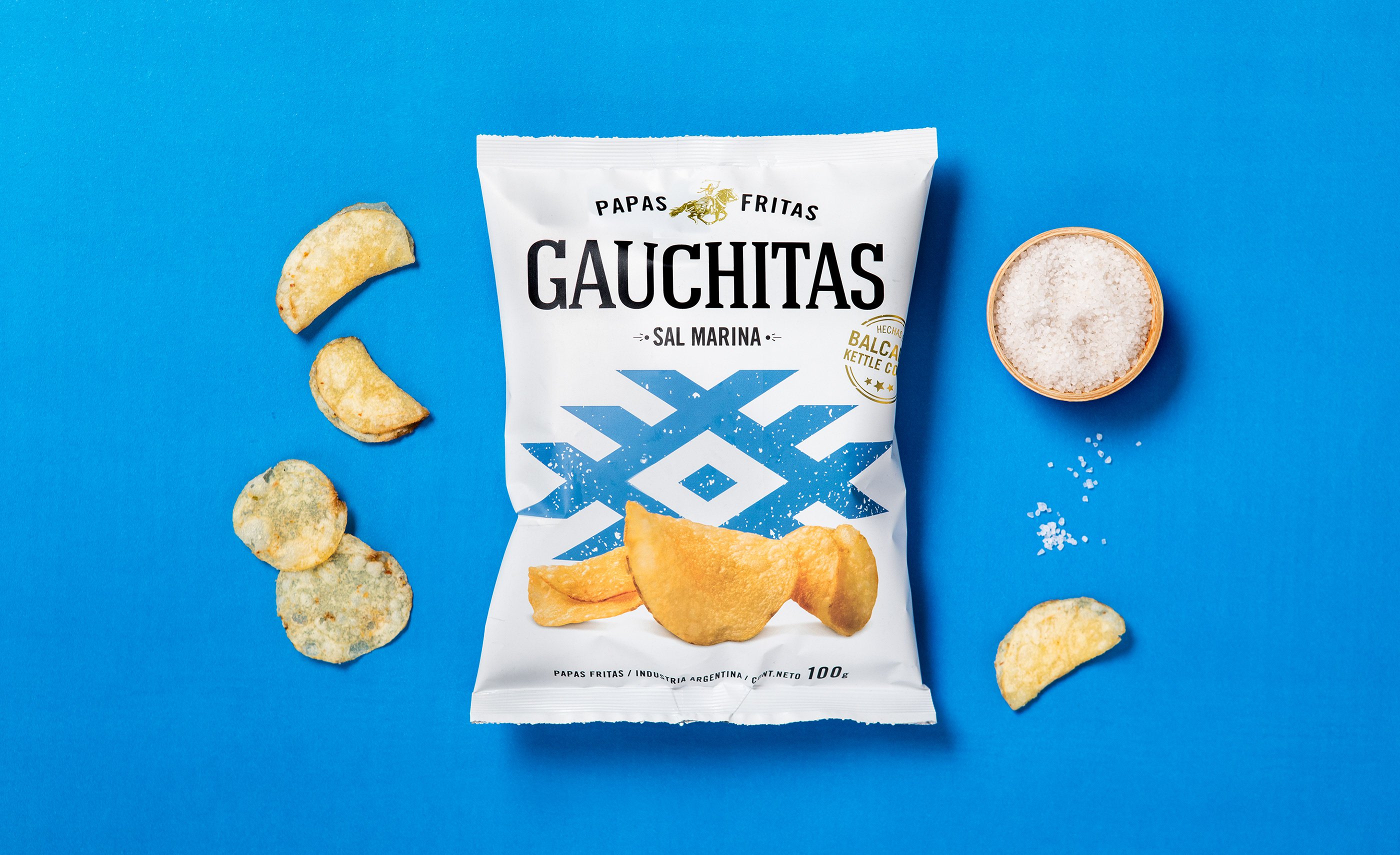 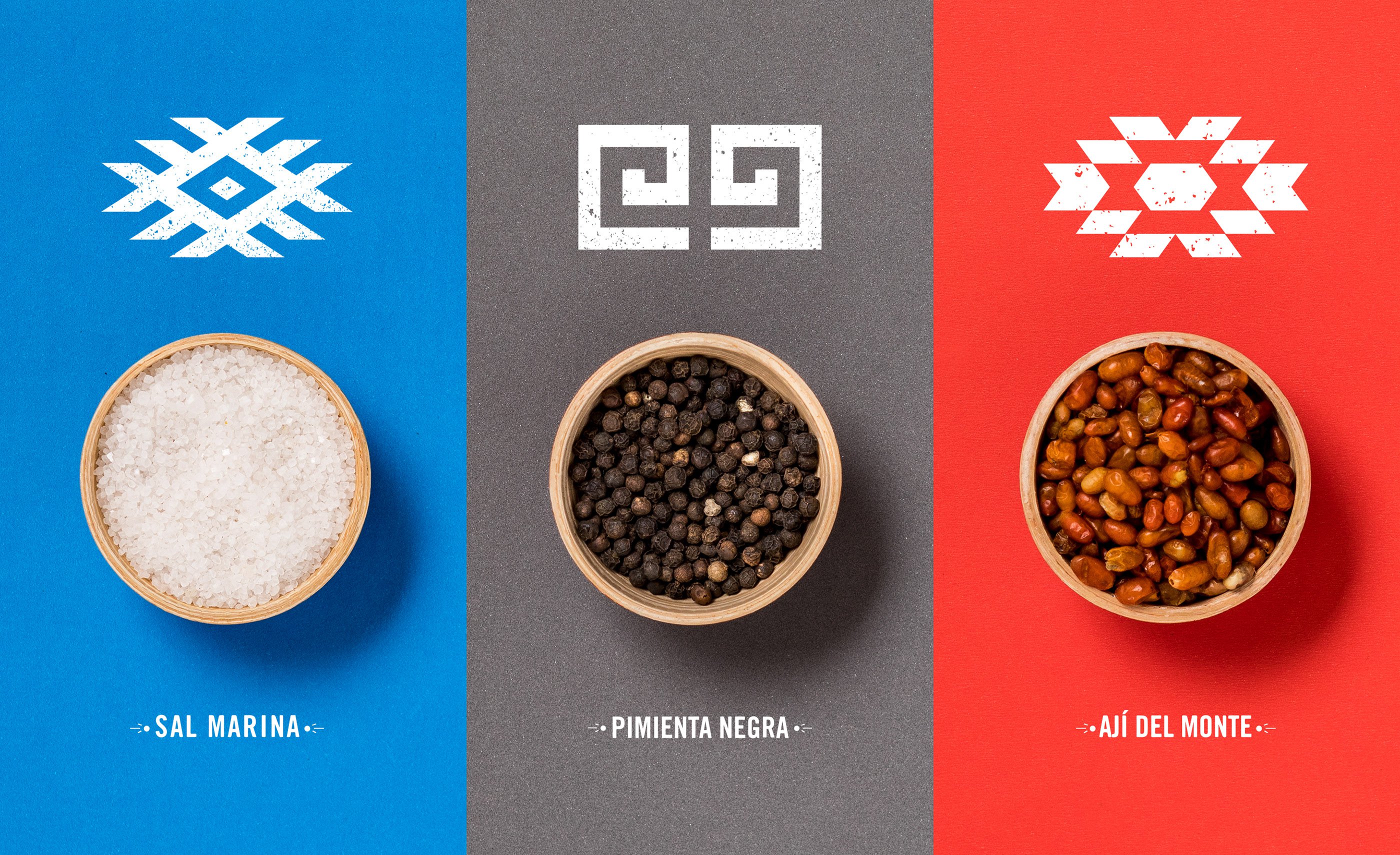 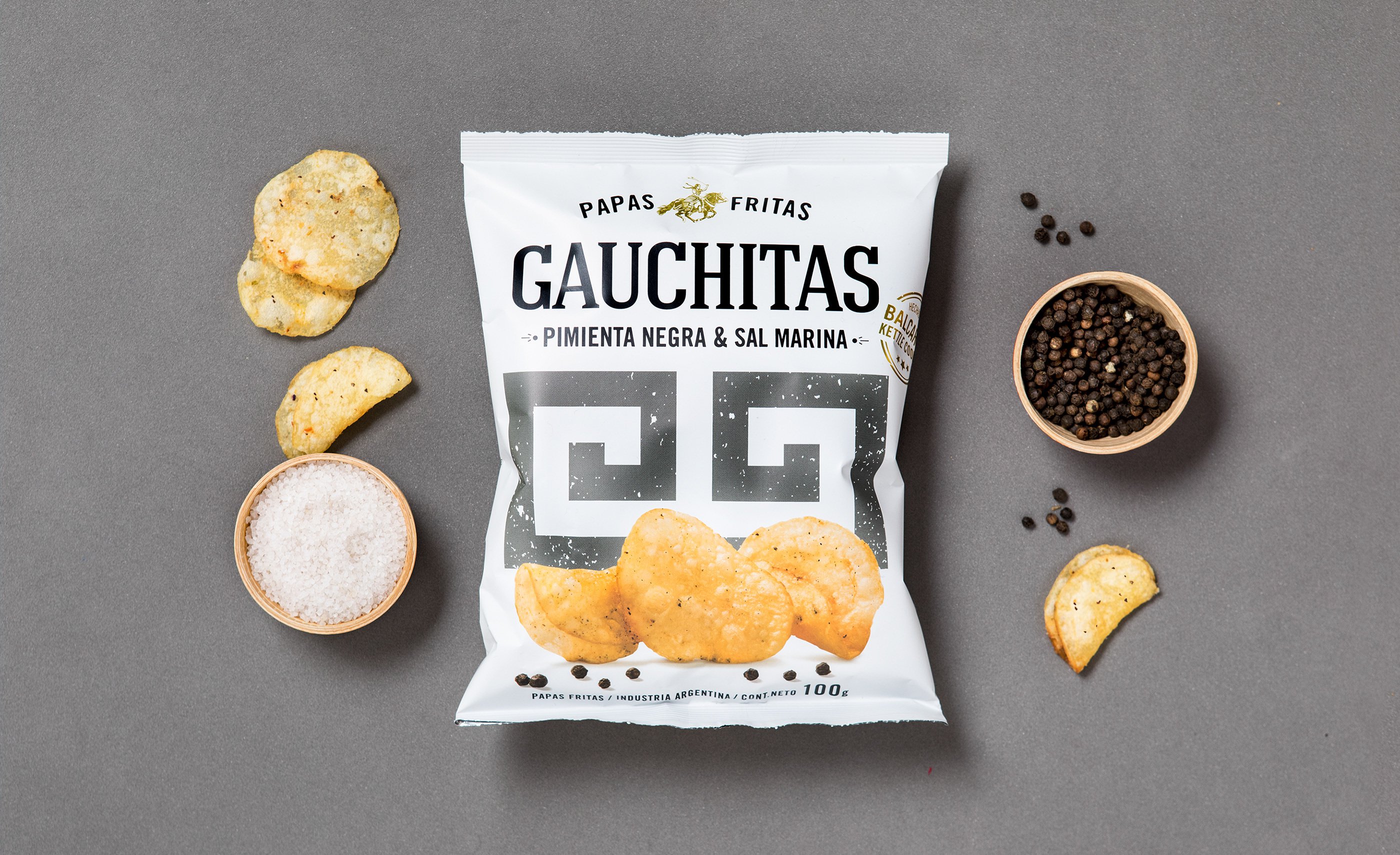 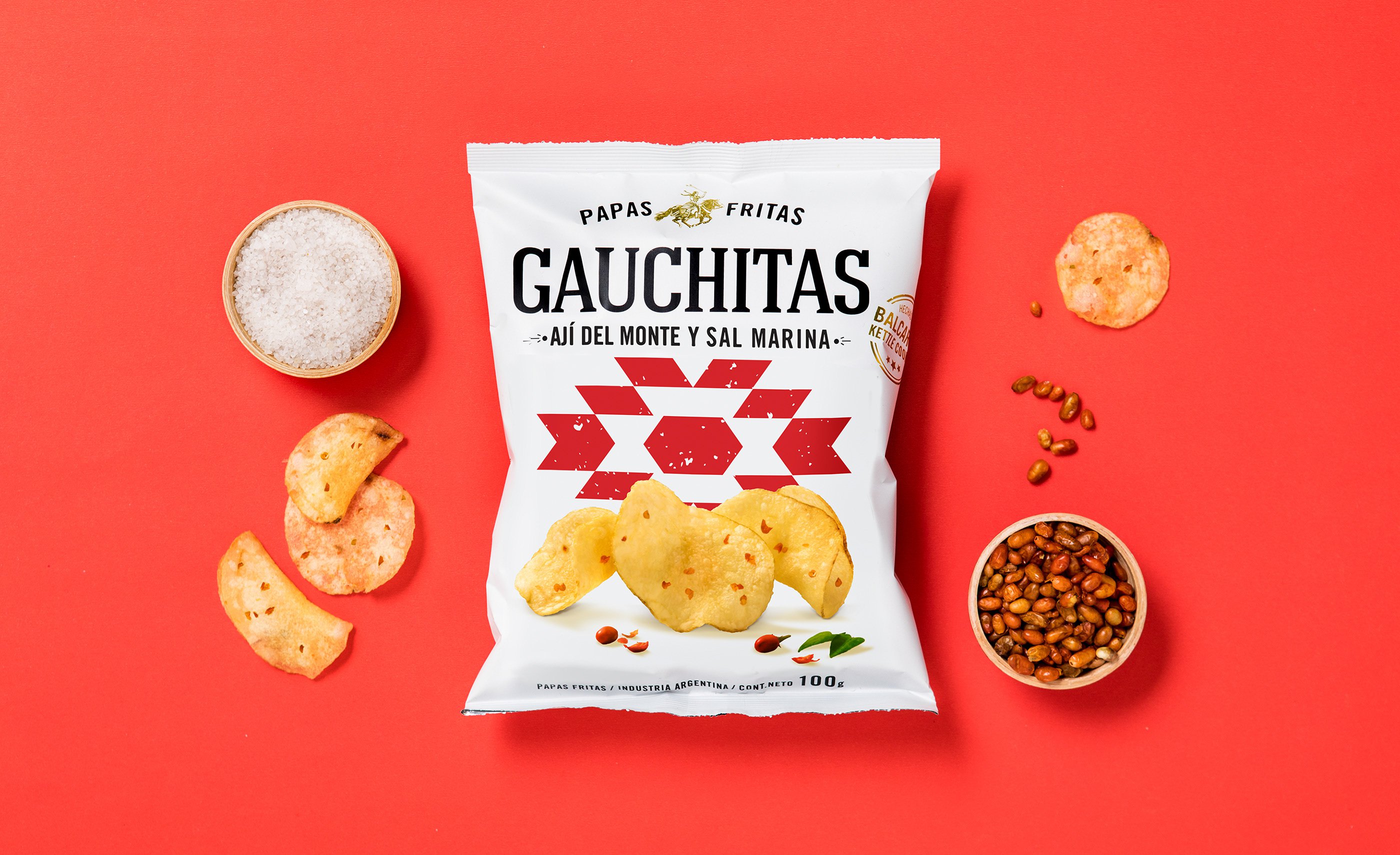 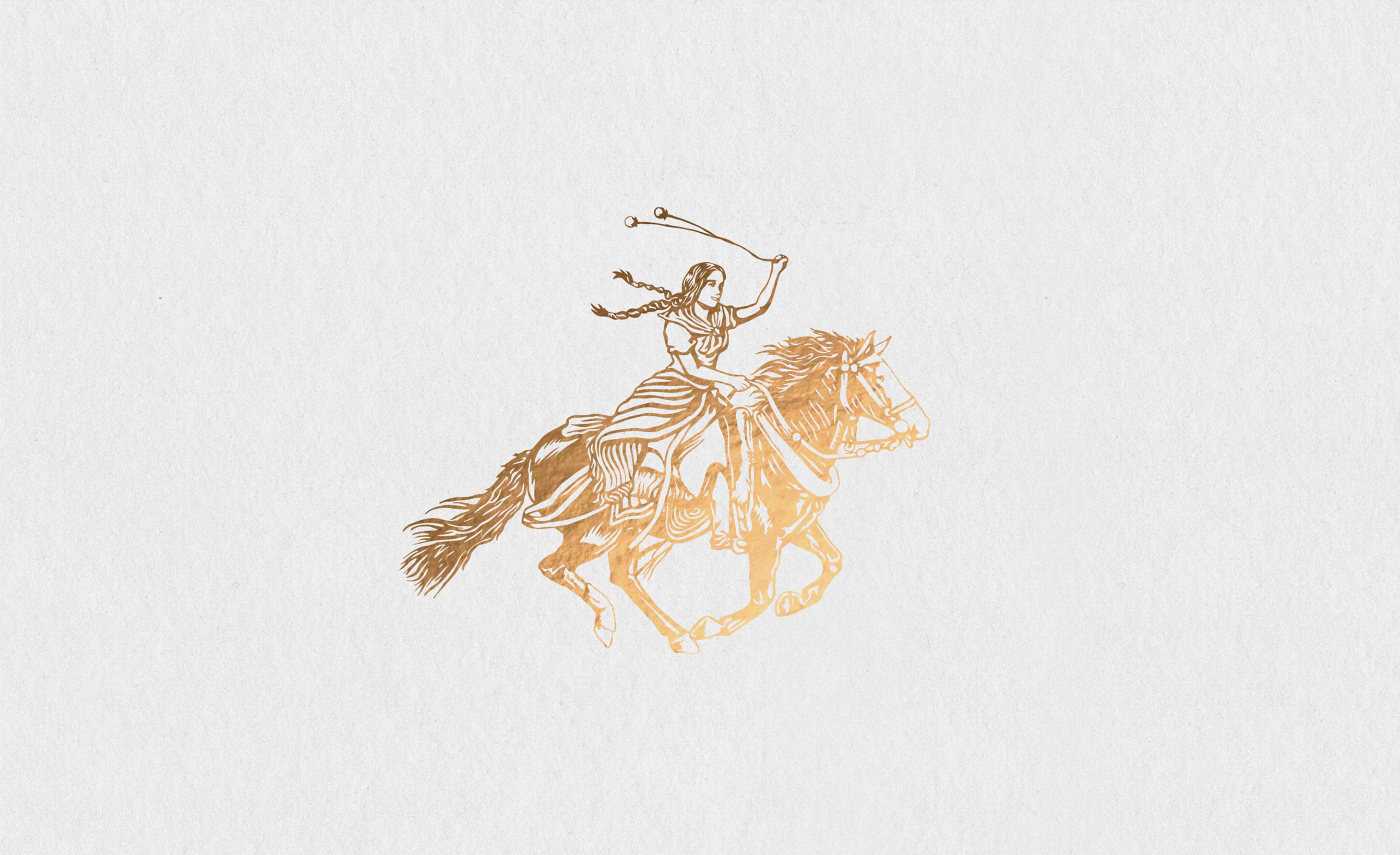